Morgantown, WV, September 25, 2020 – Attorney Paul R. Cranston has been named the Martindale-Hubbell® Client Champion 2020 award winner. This recognition affirms his consistency in delivering effective legal representation, as well as a superior level of service satisfaction amongst his clients.  The Martindale-Hubbell® Bar Register names Client Champion award recipients based on client reviews for legal services rendered. Paul earned the gold level of distinction with his receipt of numerous exceptional five-star client reviews, placing him in an elite category comprising less than 1% of attorneys nationwide. 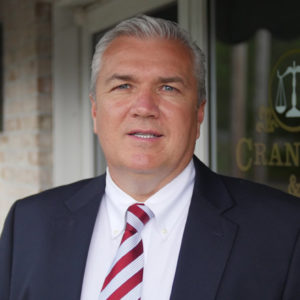 END_OF_DOCUMENT_TOKEN_TO_BE_REPLACED

The 2019 coronavirus disease (COVID-19) was declared a pandemic on March 11, 2020. Since then, cities, states, and entire countries have been put into lockdown, held to stay-at-home orders, and/or practicing self-quarantine and social distancing. As a result, “non-essential” businesses are no longer operating, and many employees are working from home. In West Virginia, we are under Governor Jim Justice’s “Stay at Home Order” until further notice.

END_OF_DOCUMENT_TOKEN_TO_BE_REPLACED

If you are involved in a car accident case, you will most likely be required to partake in a deposition. A deposition is an interview, held outside of a trial, about the details of the accident — it provides your account of the events to interested parties.

END_OF_DOCUMENT_TOKEN_TO_BE_REPLACED

If you have been injured as a result of another person’s negligence, you’ve probably been advised to hire a personal injury attorney. Despite the advice of others, you may still be wondering how a lawyer can actually help in your situation.

At Cranston & Edwards, PLLC, our personal injury attorneys have the legal acumen necessary to build a strong case. We understand what is needed to prove liability in an injury case, and recover the compensation you deserve.

END_OF_DOCUMENT_TOKEN_TO_BE_REPLACED

West Virginia is home to many beautiful lakes that are the perfect summer getaway for residents and visitors alike — there are a few easy steps you can take to make sure your experience is as safe and fun as possible.

END_OF_DOCUMENT_TOKEN_TO_BE_REPLACED

May is Motorcycle Safety Awareness Month! As warm, sunny days are becoming more frequent and more motorcycles are out as a result, it is the perfect time for all drivers to think about how to safely share the road.

Motorcyclists and drivers behind the wheel of a car (or truck) can follow simple precautions to make the roads safe for all drivers.

END_OF_DOCUMENT_TOKEN_TO_BE_REPLACED

In West Virginia, coal is a significant part of the state’s history. Sadly, the abundance of natural resources is paired with natural asbestos sites throughout the state, exposing many West Virginians to its dangers.

END_OF_DOCUMENT_TOKEN_TO_BE_REPLACED

Ridesharing apps such as Uber and Lyft are a convenient way to secure a ride almost anywhere, at any time of the day. The popularity of these apps has revolutionized the transportation industry.

END_OF_DOCUMENT_TOKEN_TO_BE_REPLACED

Asbestos contamination was found in products sold by the children’s retailers Claire’s and Justice, per a U.S. Food and Drug Administration, raising concerns of product liability. Claire’s, which filed for bankruptcy in March 2018, issued a recall of nine talc-based products in December 2017, after lab tests conducted by the Scientific Analytical Institute found that 17 products acquired from stores across the country contained asbestos (a naturally-occurring fiber which, when inhaled, has been proven to cause lung or mesothelioma cancer). Symptoms of asbestos exposure may not start for 10 to 40 years after exposure, but include shortness of breath, tightness in the chest, persistent dry cough, chest pain, and others.

END_OF_DOCUMENT_TOKEN_TO_BE_REPLACED

As car accident lawyers, we are fully aware of the car wreck epidemic in our state. West Virginia, the Mountain State, has a reputation for dangerous driving conditions and dangerous drivers. As a matter of fact, the state is home to one of the highest rates of traffic accidents and traffic fatalities in the country. The state has a rugged terrain and many rural roads, but there is also a high rate of drug abuse. Compounding the problem further, the opioid epidemic has also impacted West Virginia, and drugged driving is a major problem. Another major problem is negligent driving, such as texting while operating a vehcile. These problems are even more dangerous in a state like West Virginia, with unpredictable weather and many winding, rural roadways.